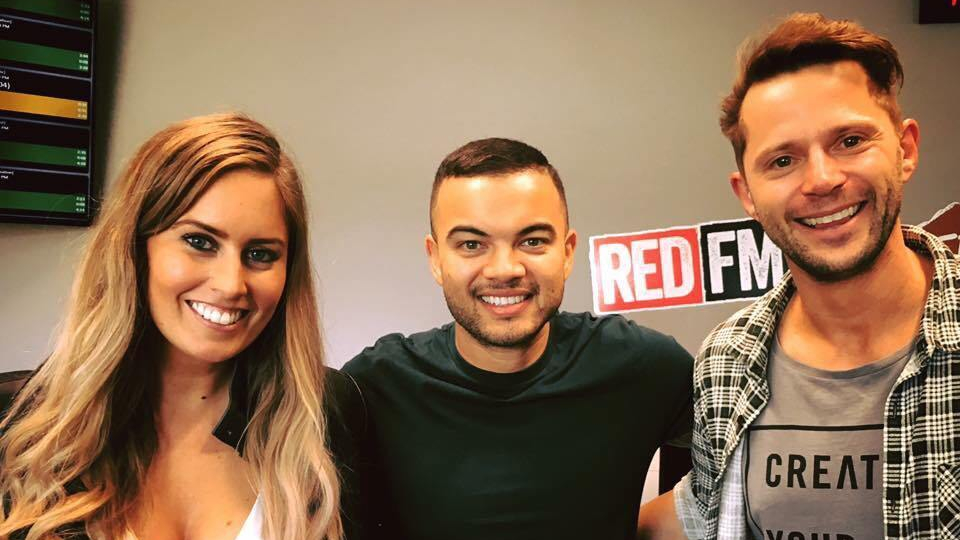 With the brand single ‘Before I Go’ currently killing it on the charts, this Aussie singer just keeps going from strength to strength.

Guy Sebastian is a man of many talents. The first time we met Sebastian in person was about a year and a half ago, when he came into the studio on the promo trail for his single ‘Bloodstone’. The thing that struck us was how normal he seemed to be for such a famous guy. Before we even got to doing the interview, we spent half an hour discussing the ins and outs of ‘Jetski Fishing’ (which he loves doing with his kids) and we played a game of ‘Guess Who’ which we quite cleverly re-named ‘Who’s That Guy’.  Nothing seemed like too much trouble. So it was no surprise when we talked to him on the promo trail for his latest single ‘Before I Go’, he had just been announced as a mentor on 2019’s incarnation of ‘The Voice’.

It’s not Sebastian’s first crack at reality TV. As we know, he was the first Australian Idol winner all the way back in 2003. He also spent 5 years as a judge on The X Factor, where he had great success coaching many performers on to prosperous careers.

“There’s a bit of a WA theme to who I’ve mentored in the past – Samantha Jade, Johnny Ruffo, Matt Gresham. Also Reece Mastin, Matt & Jess, there’s all these people that are still signed and still out there touring and doing their thing and I got to be part of that.”

There’s no doubt that he’s got a lot of wisdom to impart on his next mentee – Sebastian has achieved an amazing amount in fifteen years. Nine albums in the Australian Top 10, 3.9 million single sales in Australia and the honour of being selected as the 2015 Australian Eurovision Contestant he just keeps kicking goals. Now his new single ‘Before I Go’ is gaining some serious traction.

“I get these little updates from my management and I got what’s called a ‘whale alert’ the other day. It basically means it’s been ‘Shazaam-ed’ heaps of times. I think that’s always a good thing because people hear a song and they want to know who it is and who sings it,” Sebastian told us modestly. “So it’s going really well in that regard and more importantly I think people are just connecting with it and saying that I’m doing music that I sort of started out doing.”

“I was always a soul and RnB singer but my last album was a bit more electronica stuff which I really enjoyed, but I’m glad I’m back to recording on actual instruments and producing music a bit further back form the laptop again.”

This article was originally featured in the ‘The West’ Regional Newspapers.